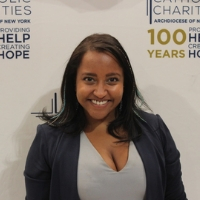 Maryann Tharappel is the Special Projects Director at Catholic Charities, where she develops, implements, and supervises special legal initiatives within New York State.

Maryann oversees and ensures the provision and quality of these special initiatives, which encompass a variety of core services, including but not limited to: community outreach coordination and engagement; clinical programming; legal services delivery in the Lower Hudson Valley and New York City; volunteer and pro bono recruitment and management; implementation and supervision of funded city, regional and statewide-initiatives; supervision, coordination and training of attorneys and managers; and direct advocacy.

Prior to joining Catholic Charities, Maryann was the Assistant Director of the Immigrant Protection Unit at the New York Legal Assistance Group as well as their Lead Attorney for community-based immigration legal initiatives. She also was a Law Fellow with the Department of Homeland Security Immigration and Customs Enforcement Office of Chief Counsel.

Maryann graduated from Stony Brook University in 2007 and from Brooklyn Law School in 2011. She is admitted to practice in New Jersey and New York. 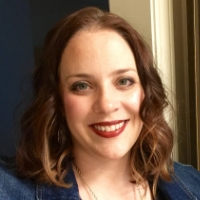 Susan specializes in building new pro bono programs from the ground up: identifying a service need, developing a vision, launching fledgling projects, and strengthening them over time.

Susan grounds her work in innovation and dynamism, volunteer engagement and relationship-building.

Susan graduated from the University of Texas at Austin in 2000 and from CUNY School of Law in 2006. She is admitted to practice in New York.

Mirjam Grunenfelder-Reig joined Catholic Charities in 2019 to offer project management oversight and support across multiple programs, including volunteer recruitment, engagement, and case placement for the Pro Bono Project. Mirjam has nearly nine years of experience working in the non-profit sector in New York City. She has implemented immigration programming and developed community engagement priorities while at The Mayor’s Office of Immigrant Affairs and at New York Legal Assistance Group (NYLAG). She also has extensive experience advocating for support through fundraising initiatives and grant management in both the criminal justice and immigration fields at various organizations, including Exalt Youth, The Legal Aid Society, New York Legal Assistance Group, and The Fortune Society. At NYLAG, Mirjam also represented victims of domestic violence and undocumented youth as a Board of Immigration Appeals (BIA) Representative.

Immediately prior to joining Catholic Charities in 2019, Mirjam conducted frontline volunteer work herself, by participating in the Dilley Pro Bono Project in Texas, where she prepared women at The South Texas Family Residential Center for their credible fear interviews. Originally from Switzerland, Mirjam returned to Europe in the summer of 2018 to bear witness to the continent’s migrant crisis by volunteering at House of All, a refugee safe-house in Bosnia and Collective Aid, a collaborative providing food to hundreds of homeless refugees at the Sarajevo train station.

Mirjam received her Bachelor of Arts in Languages & Literature from Bard College in 2009 and her Master of Arts in International Education from New York University in 2015, where she studied best practices in educational interventions in the refugee context and other crisis situations. Mirjam speaks fluent German and Spanish and is conversant in Russian and French. 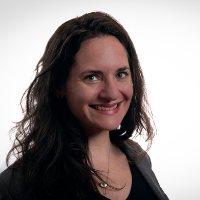 Previously, Liane was the Senior Pro Bono Coordinating Attorney at Kids in Need of Defense, and a staff attorney at Human Rights First in New York, where she represented Central American families and children in removal proceedings, and mentored pro bono attorneys in pursuing asylum and SIJS for their clients.

Liane spent four and a half years on defense teams representing individuals charged with international human rights violations in The Hague, Netherlands, both at the International Criminal Court and the International Criminal Tribunal for the former Yugoslavia. Before moving to The Hague, Liane served as a clinical intern and of counsel at Catholic Charities’ Department of Immigrant and Refugee Services, where she pursued family based petitions, T/U-visas, asylum and other relief for clients.

Liane served in the Peace Corps in Quito, Ecuador from 2003 to 2006, where she spearheaded a number of adult literacy, anti-domestic violence, and anti-trafficking-in-persons campaigns. 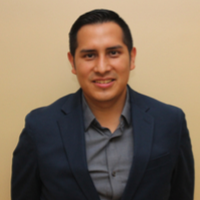 Previously, Victor was a Staff Attorney at the Worker Justice Center of New York where he focused on providing direct representation to Hudson Valley immigrants in a variety of complex immigration legal matters. He spearheaded the immigration practice and represented immigrants in New York and Buffalo Immigration Courts, the NY Asylum office, and NY Family Courts. Prior to the Worker Justice Center, Victor began his legal career as an Immigrant Justice Corps Fellow at Catholic Charities Community Services. As an IJC Fellow, Victor helped Catholic Charities to initially expand its immigration legal services throughout New York, maintaining a 100% Lower Hudson Valley immigrant resident caseload of over 75% removal defense representation for asylum, VAWA in removal, and special immigrant juvenile status (SIJS) cases, focusing on unaccompanied children as well as recently arrived families.

Victor was selected as a 2017 Rising Star by the Hispanic Coalition of NY, Inc. and is a frequent presenter and immigration expert in the Kingston area.  Victor uses his own personal immigration experience, as an immigrant from Peru who settled in Kingston, NY at a young age, to provide quality representation to those in most need.

Julie Silvia is a Special Projects Supervising Attorney at Catholic Charities, where she assesses and provides mentorship on cases for pro bono representation, specializing in cases involving immigrant youth who face legal challenges in both family court and immigration court. Julie joined the Pro Bono Project in 2020. Her work focuses on increasing citywide pro bono capacity to represent immigrant youth at Catholic Charities.

From 2017 until 2020, Julie worked with team of two attorneys and six paralegals at Catholic Charities as a part of the ActionNYC in Schools Project, a collaboration with the NYC Mayor’s Office of Immigrant Affairs and a host of New York City non-profits. Through ActionNYC in Schools (one of the only municipal programs nation-wide offering regular immigration legal help at schools), Julie implemented programming to deliver weekly, onsite legal supervision and representation to immigrant students and their families citywide, covering the largest school district in the country.

Prior to her work at Catholic Charities, Julie represented immigrant farm workers seeking immigration benefits, including victims of serious crimes and domestic violence, as a Staff Attorney at small non-profit in California’s Central Valley. From 2015-2016, she worked in private immigration practice in New York City representing detained and non-detained immigrants before the New York City and Elizabeth Immigration Courts, as well as the Board of Immigration Appeals. She also managed a large federal circuit court docket.

Sophia Genovese is a Pro Bono Project Attorney for Catholic Charities based in Newburgh, New York. She represents individuals and families in a range of affirmative and defensive immigration applications.

Prior to joining CCCS, Sophia was a Direct Services Attorney at the Southern Poverty Law Center (SPLC) where she exclusively represented individuals in immigration detention. Here, she trained volunteers to screen detained individuals for immigration relief, conduct research, and draft immigration court filings. In the span of six months, Sophia successfully obtained release from immigration detention for over 40 individuals. Sophia was also a member of SPLC’s Diversity, Equity, and Inclusion (DEI) workgroup, where she engaged in meaningful discussions, trainings, and programming to improve workplace culture. Sophia was also the founder of SPLC’s Bond Fund Committee, where she was instrumental in helping to establish a Georgia Immigrant Bond Fund to pay detained immigrants’ bonds.

From 2016-2018, Sophia was an Associate at Cyrus D. Mehta & Partners, PLLC, in New York City, where she represented corporate and individual clients in a range of complex immigration matters, including employment-based petitions as well as family-based and humanitarian applications. Here, Sophia also published numerous immigration law articles in Bender’s Immigration Bulletin, the ABA’s Judges’ Journal, LexisNexis, among others.